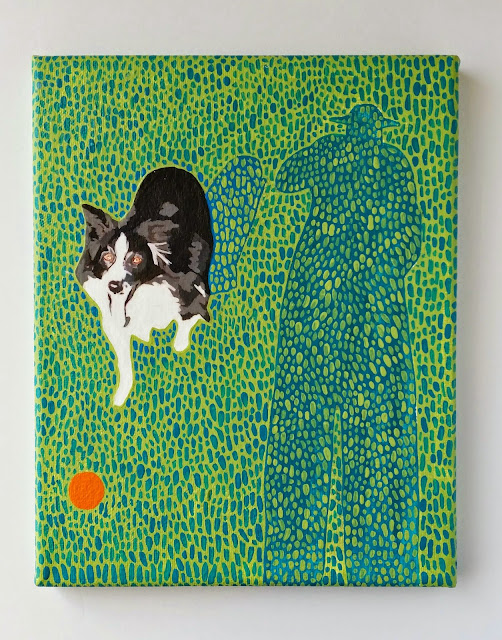 This began as a photo transfer - which failed.
I was rushing it and rubbed most of the image completely off.
My next step was to attack it with paint.
I painted the grass and shadow background in the aboriginal style of Australia which I LOVE so much.
For the dog, I very carefully painted over the image (which was mostly intact) in a paint by numbers style. By that I mean that I limited myself to 4-5 colors and worked dark to light in distinct sections without blending. I left the eyes alone because they were a good transfer and I knew I'd really mess it up there.
Then for the ball, I just gave it the Pop Art treatment. I chose orange because of the strong color contrast and painted it as flat orange circle with no shading.
My goal was to mix realism with primitivism and end up with something playful. 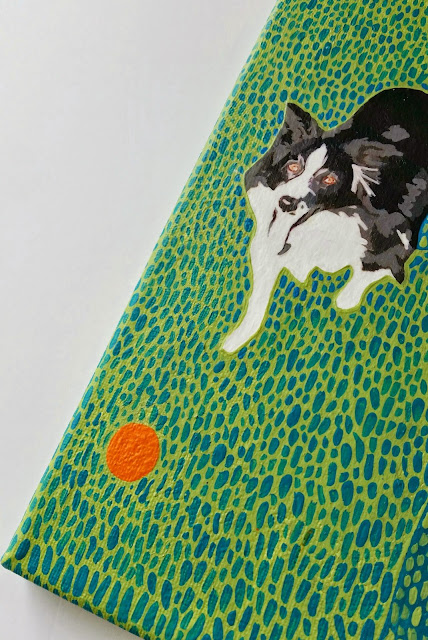 Now to you who are sitting under a blanket of snow today - may you dream of warmer, more colorful, more playful times. They aren't so far away as it feels.
Labels: painting, techniques at 7:33 AM 7 comments:

nearly three years ago I wrote this post:
http://artinredwagons.blogspot.com/2012/03/future-walmart.html
about the coming of Walmart to the next town over 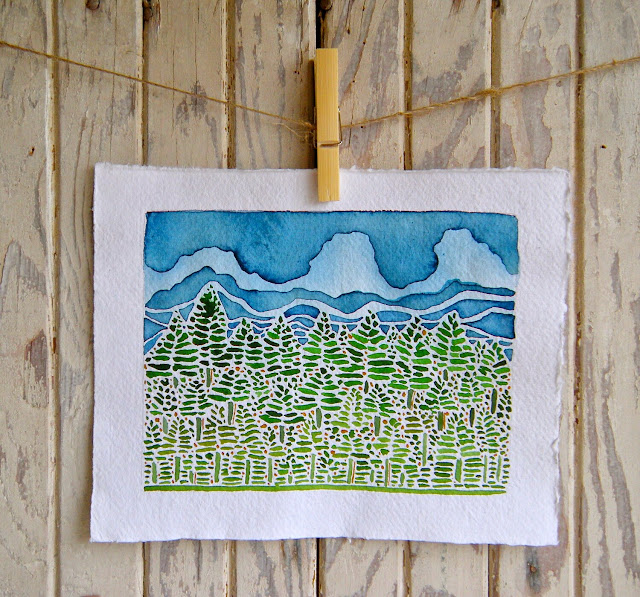 here it is today: 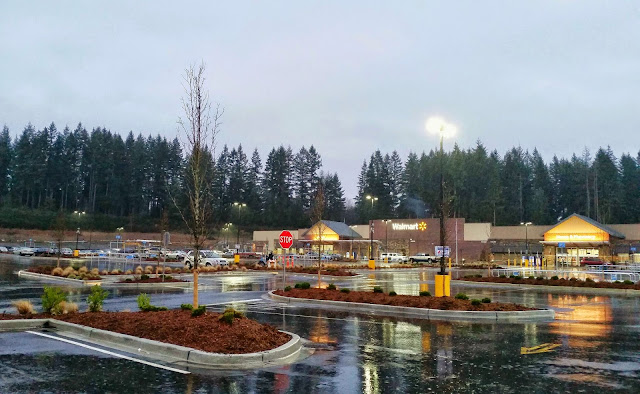 I went in looking for a bathroom rug.
Didn't find one and walked out without a single purchase.
Sadly happy for that.

This store is open 24 hours.
It was eerie to walk through a nearly vacant, buzzing blue lighted store.
Smelling newly minted plastic.
Hearing an arguing, hollow eyed, too skinny, too pale, too young couple (meth? heroine?)
Imagining a forest floor that once was. 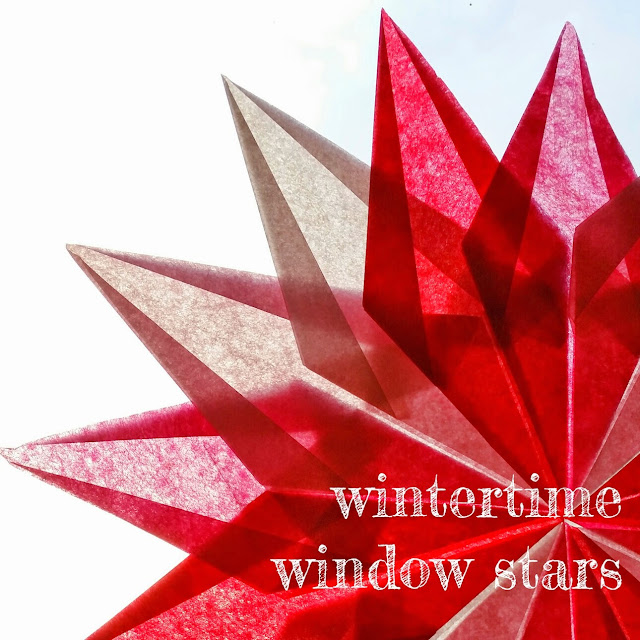 The view on my backyard in the winter is dominated by my neighbor's house.
Add the mud, moss, flat gray sky, and dormancy of everything
and you've got  B O R I N G.
It's time for some wintertime window candy. 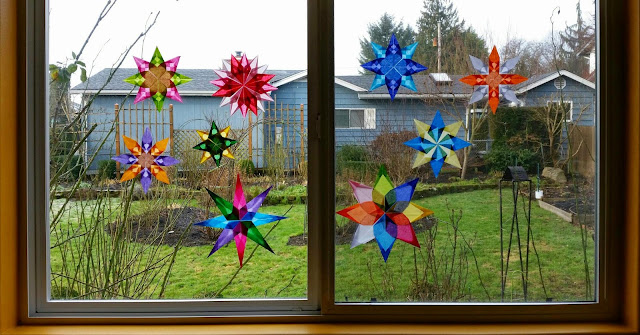 The patterns I used came from the following links:
http://arwenart.com/tutorials/windowstars/
and
http://www.deschdanja.ch/kreativ-blog/74-zauberhafte-fensterterne
I used regular tissue paper cut into 3X3 squares or 3X6 rectangles (depending on the pattern)
although some people prefer to pay an arm and a leg for a waxed tissue paper from the Netherlands (search for "kite paper" or waldorf star paper) 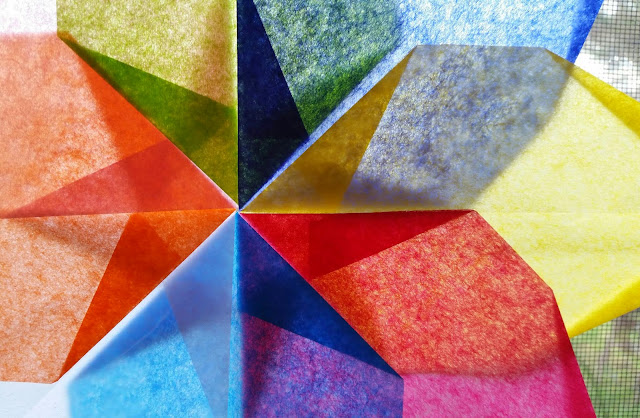 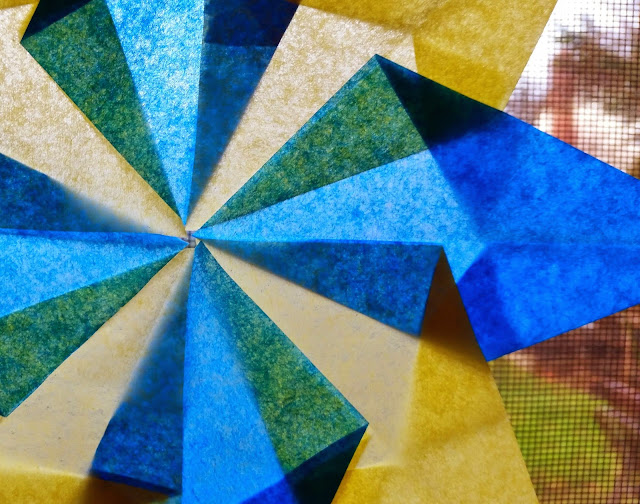 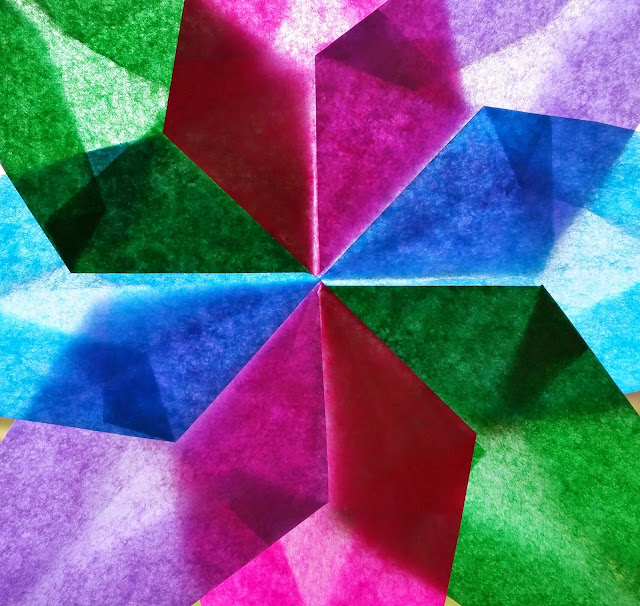 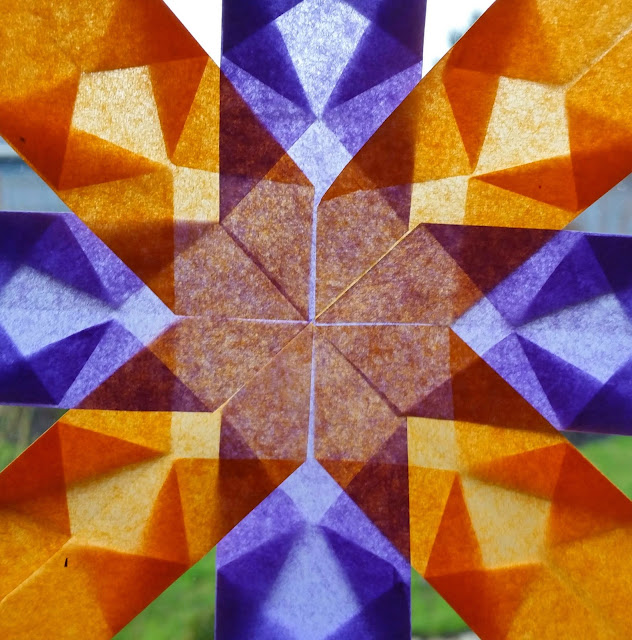 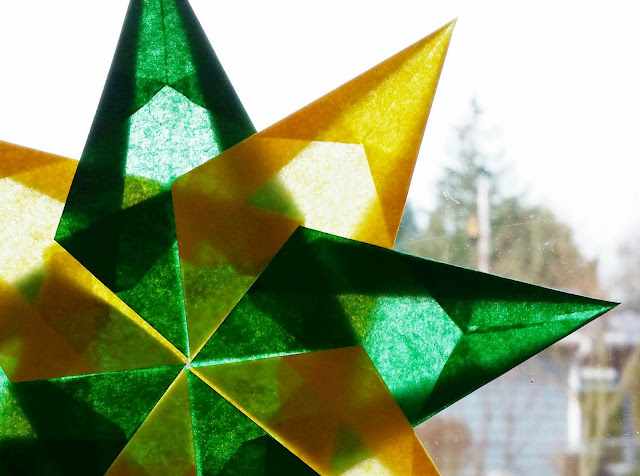 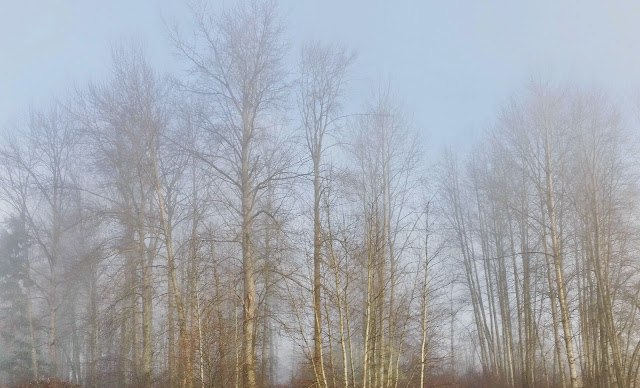 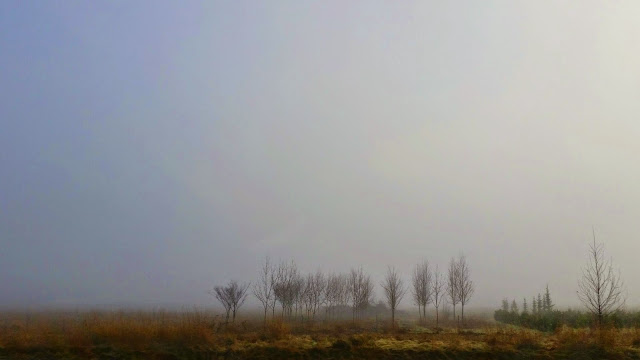 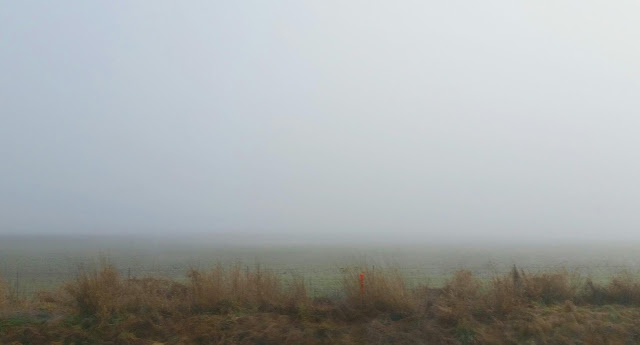 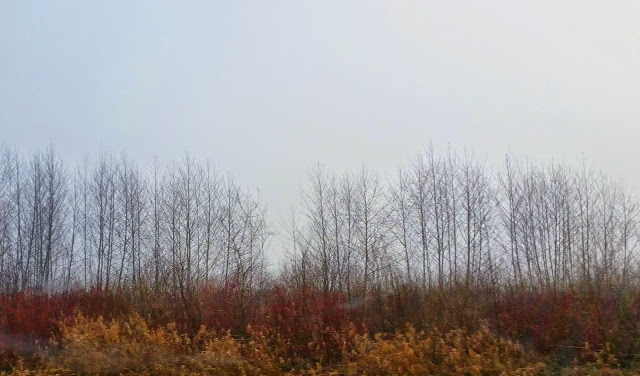 It's the first Monday of the new year and I'm at a loss for where to begin ... making a list sometimes helps.
There's always stuff to do around the house so I made a list for that. I figured if I do one thing on the list every few days, I'll have an insanely clean house in a few months.
Insanity. 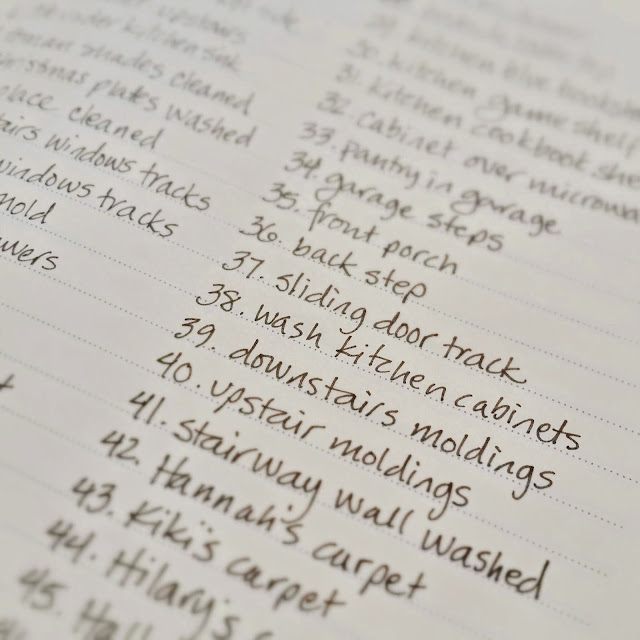 And then I made a list of art projects. I'm at a complete loss of creativity right now because the past month sucked the life out of me. I figured I could pick something on the list to restore my sanity.
Sanity. 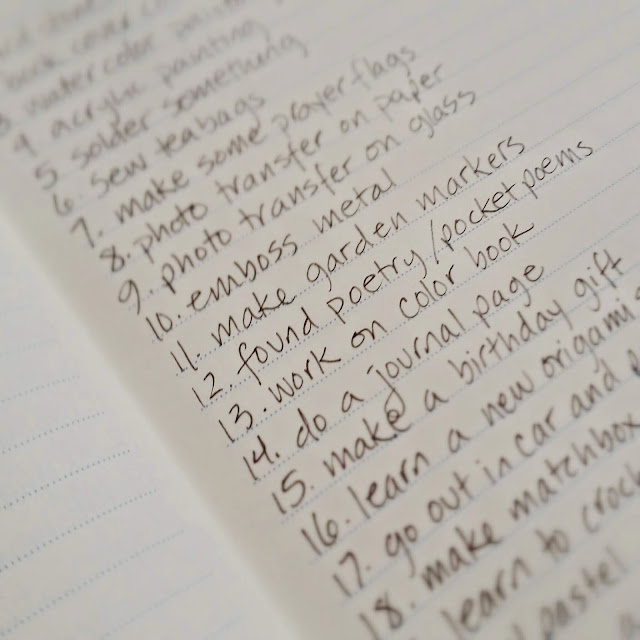 So what did I choose?
Made a potato leek soup, cleaned some old paintbrushes, and made a birthday gift for my niece. It's a start. 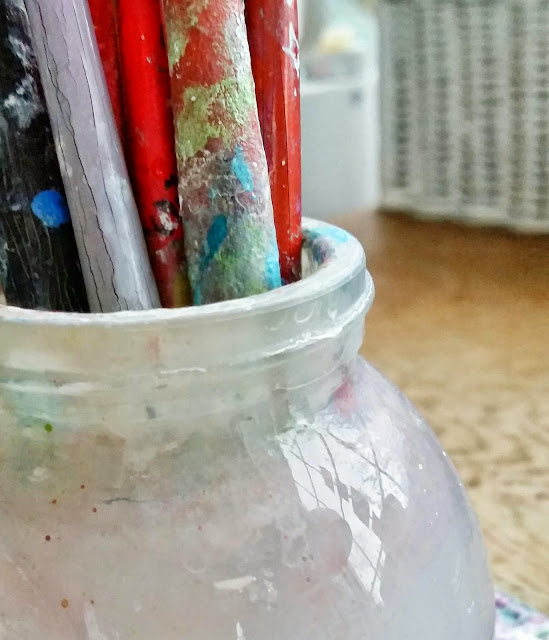 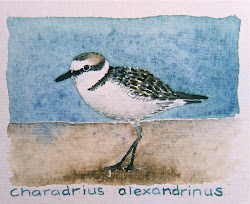 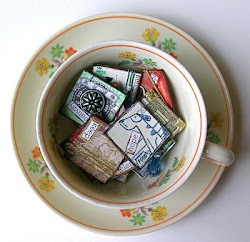 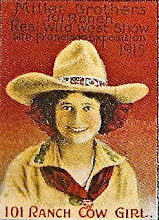